May 11, 2022
One of my late mother's favorite poems has also become a favorite of mine.  Henry van Dyke Jr. (1852-1933) was an American author, poet, and minister in the Presbyterian Church.  For many years, he served on the faculty of Princeton University as a professor of English literature.  He also officiated at the funeral of Mark Twain in 1910.  He wrote many poems, and there is some question as to whether he is the true author of "I Am Standing Upon the Seashore," although some literary scholars believe him to be it.  Whoever DID write it has, in my humble opinion, composed a beautiful and hopeful ode to what awaits our deceased loves ones, and ultimately us as well. "I Am Standing Upon The Seashore" by Henry van Dyke I am standing upon the seashore. A ship at my side spreads her white sails to the morning breeze and starts for the blue ocean. She is an object of beauty and strength. I stand and watch her until at length she han
Post a Comment
Read more 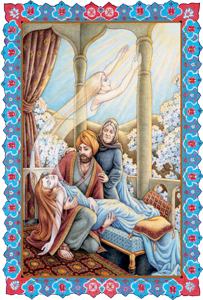 Paramahansa Yogananda (1893-1952) was an Indian Hindu monk, yogi, and guru.  He immigrated to the United States in 1920.  He is widely credited with increasing  the popularity of the yoga and meditation movements here in the U.S.  Yogananda combined many aspects of Western and Eastern belief into his theology; his Hindu background also incorporated much thought and discussion about Jesus and Christianity.  Yogananda also spent a fair amount in his speeches talking about death and dying. Some of the most reassuring words I came across after the death of my mother came from a Yogananda article over at the Yogoda Satsanga Society of India website: "Life After Death: What Happens After Death" .  The whole article is worth reading in its entirety, but here are a few excerpts that provided me with some solace during those really difficult days of grieving: "Every one of us is going to die someday, so there is no use in being afraid of death. You don’t feel miserable at the
Post a Comment
Read more 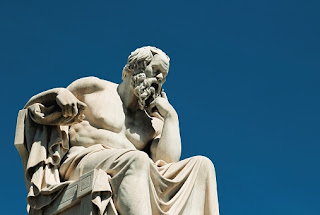 The ancient Greek philosopher Socrates (circa 470 - 399 BCE) is often thought of as the founder of Western philosophy.  He was also considered a highly controversial figure.  Accused of corrupting the youth of Athens, Socrates was sentenced to death after a one day trial, for which he was made to drink from the poisonous hemlock plant.   Gregory Elder, a professor emeritus of history and a priest in the Roman Catholic Church, offers some fascinating insights into Socrates's views on death and dying: " The body, [Socrates] asserted, was a messy pit of passions and rude cravings. The soul, rather than the flesh alone, was capable of seeing truth, and therefore death was the moment when the soul would be set free to find true virtue and happiness. .... Socrates’ friends asked how he could be so sure the soul was immortal. What if it just died with the flesh? How does one know that the soul really exists at all? What if men and women are in reality just talking meat machin
Post a Comment
Read more

Personal Story: What I Learned

Back in January, Rev. Karen VanderPloeg, pastor at Waterville First Presbyterian Church, interviewed me by asking the question: "What have you learned in the past year?"  I think it took me almost 15 minutes to answer that question!  I think the interview complements the article I wrote in March, "Death and Its Aftermath/Surviving Grief".  There are some topics mentioned in the article that I didn't bring up in the video -- probably because I was too emotionally distraught to discuss them -- but there are also a few things I mention in the video that didn't make it into my article.  Anyway, I believe the article and video -- together -- give a fuller picture of what I was experiencing during the second half of 2021.  The interview with me starts at the 24:48 mark.
Post a Comment
Read more

Books That Have Helped: C.S. Lewis's "A Grief Observed" 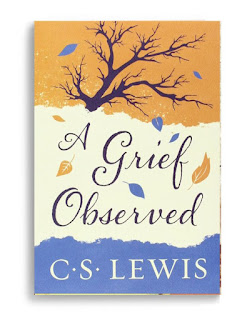 One of my priorities at Living Alongside Grief is to identify various books that have helped me through the grieving process.  I cannot promise or guarantee that any particular book will help you.  We all grieve differently and we all find solace in different places and from different sources.  But hopefully you will find something useful from the myriad of sources that have been helpful for me. One particular book that has been helpful for me is the classic "A Grief Observed" by C.S. Lewis.  Written in 1961, Lewis originally wrote the book under the pseudonym of N.W. Clerk.  It might be puzzling why Lewis decided to do this, until you start reading it.  Lewis had just lost his wife, Joy Davidman, the previous year.  Lewis refers to his wife pseudonymously as "H." throughout the book. What I love about this book is the fact that Lewis does not come off as the confident, steadfast, never-doubting Christian theologian that some might imagine him to be.  If anything, h
Post a Comment
Read more 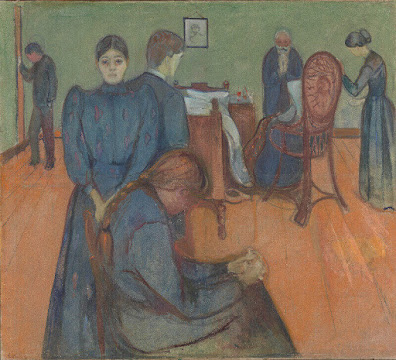 Norwegian expressionist painter Edvard Munch (1863-1944) is best known for his iconic work "The Scream", but for those of us who are struggling with grief, there's another one of his works that deserves mention: "Death in the Sickroom", painted sometime around 1896.  Munch's inspiration for the painting was traced back to his sister Sophie, who died from tuberculosis in 1877 at the age of 15. Munch was known to have struggled with depression and anxiety throughout his life.  His depiction shows us that grief can be both a collective and, simultaneously, a profoundly individual, and even isolating experience.
Post a Comment
Read more

May 03, 2022
American poet Emily Dickinson (1830-1886) wrote almost 1800 poems over the course of her earthly life.  One that I find particularly appropriate in relation to dying and grief is one she wrote in 1860, supposedly for her younger cousins, Louise and Frances, in an effort to comfort them upon the death of their mother.  Her cousins were only 18 and 12 years old at the time. "Mama Never Forgets Her Birds" by Emily Dickinson Mama never forgets her birds, Though in another tree — She looks down just as often And just as tenderly As when her little mortal nest With cunning care she wove — If either of her sparrows fall, She notices, above.
Post a Comment
Read more
More posts

Steve Wirzylo
My name is Steve. I have many interests in life and enjoy learning new things, meeting new people, and figuring out how to make things better! I've recently experienced multiple losses in my life, and would like to reach out to those who are also grieving and struggling.